“You cannot talk about death in the storm
Because death also adds its essence to the storm
What are we doing here waiting like this?
Did we win or did we lose?
A small bird, aloft
Drags our shadows along continuously
And already we’ve somehow unloosened our boats.”
Edip Cansever, Water Reverie, Part IV 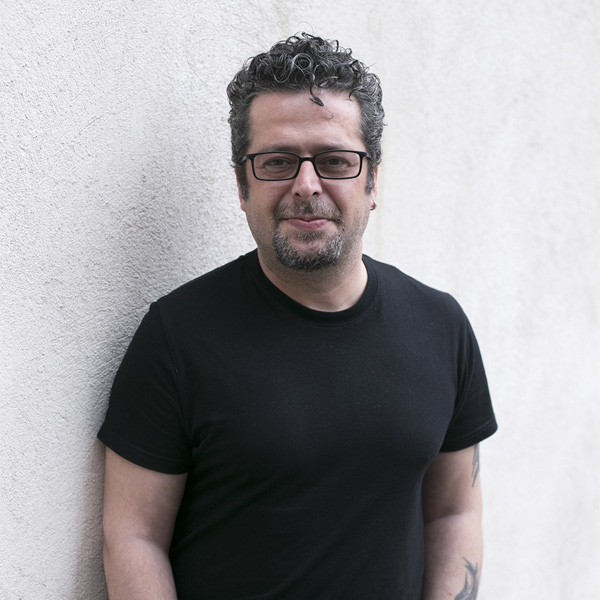 Pascal Haudressy’s work, Skull, Part I (2010) is part of the exhibition Water Reverie, which consists of artworks selected from Borusan Contemporary Art Collection by curator, Dr. Necmi Sönmez. A formal and semantic analysis of the work generating a 12 minutes-long loop constitutes the theme of this text; I must therefore begin with describing it.

Haudressy’s work is the combination of images that are variegated through the medium of a software. An enactment, where the position of the skull is perpetually rearranged, and where such changes are revealed in a manner that is independent of time is at issue here. I consider it timeless, because there is no sign of time in the work; you cannot distinguish it. You can only assume it is a “contemporary” piece on the grounds of the medium it employs. Taking us on a 12-minute journey through the image of a skull, this sensorial experience of a work can be defined as a universe where the sounds of time and space are suspended, perhaps for that matter, as one that urges on the silence of the movement. Indeed, this moving skull image, which anyone can easily perceive at first glance, resembles a sage who chooses silence over the tattle and aggression of the century; while breathing in and out, it forges a dialogue that leads us to the sense of space, time and values.

It’s useful to take a look at the artist at this point. Living and working in Paris, Pascal Haudressy has worked as a cultural projects manager at UNESCO for a long period of time; he has collaborated with significant names like Gordon-Matta Clark before devoting to his personal artistic career in 2005. Cracking computers to produce images, which are at once fluid and amorphous, yet possessing a certain order as seen in this work, Haudressy is renown for his use of unbridled changes dubbed as “glitches” and “bugs”. 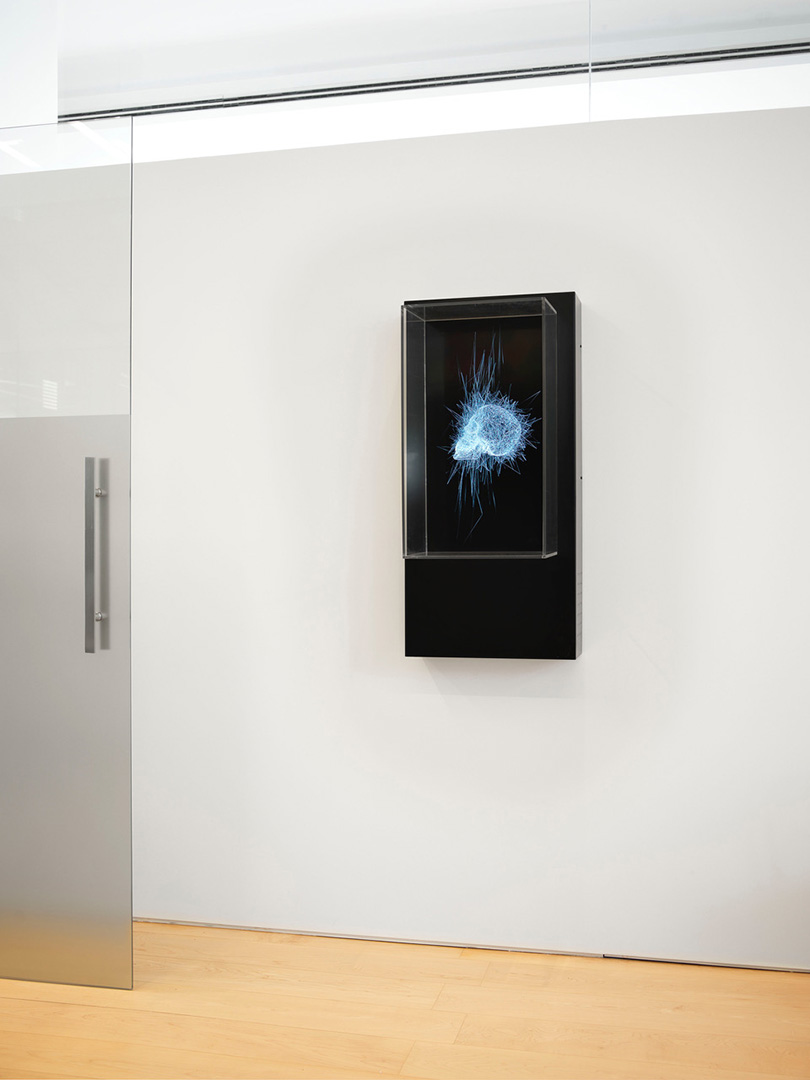 In Haudressy’s Skull Part I, we are presented with a work where timelessness and temporality coexist. A part of the Organs series, the aesthetical qualities of this work encapsulate both a high form of symbolism and some existentialist inquiries into the humanity’s future. Looking at this digital image, one thinks of the versions of existence, like the viruses, cloning, nanotechnology, robotic and virtual realities. Perhaps we can refer to them as the “mutations” that we familiarized with during the coronavirus pandemics…. Haudressy’s works are often based on establishing links and reconciliations between past and future, nature and human’s praxis, science and myths, or East and West.

His use of the rhythm and repetitions evoke abstractions and abstract art as well as mathematics and a minimalist approach. What we see is not the one and whole form of the image, it is rather a melting pot of lines. The constantly changing view in this geometrical order of lines, hypnotizes the viewers, so to speak. As a video on loop, Skull Part I connotes the medical tomography but it is actually not an accurate analogy. Because Haudressy’s work is a process where the loop and rhythm is explored, rather than an anatomical certitude. In fact, the software used by the artist recalculates the coordinates of each point and pixel, and effectuates a never-ending loop. It creates a developing and transforming pattern instead of a static image.

Semantics-wise, Haudressy’s work can be appended to the scenes of Memento Mori (“Remember you must die”), which reminds us we are mortals with unnumerous examples in the history of art. In this genre, death is taken as a point of no return; profound teachings and beliefs, regarding the fact that following our birth, we are inevitably advancing towards death, are evoked. We might therefore speculate this: If art is a way of confrontation, it is because death is included in life.

Haudressy, who is known as the pioneer of a new screening format that focuses on materiality and temporality, explores the profound mutations in the world, where biological creatures coexist with virtual life forms. With his work centering on the truth and the mystery of life and death notions, which somehow exist in every culture and faith, he conjures these questions for the viewers: Why do we exist? In the cage of our skull, that came to be the epitome of our existence, what is it that our brains, meaning our memories, hold? This image of Haudressy, which makes us grasp the idea of death, just like in the tale of Hamlet; what does it want to say about the concepts of existence, life and humanity? After all, one of the main vocations of an artist is to remind the viewers these questions and issues, isn’t that so? 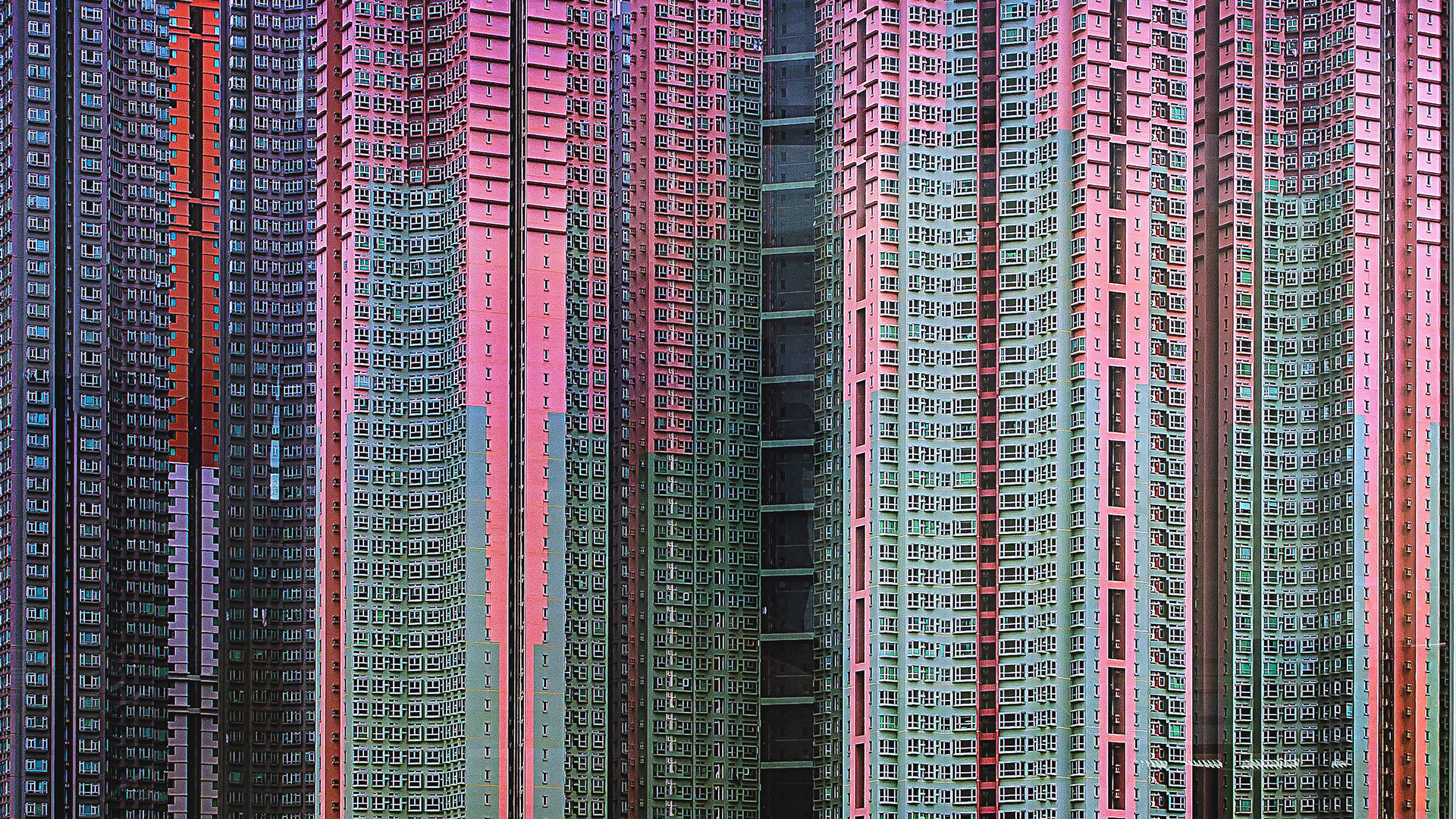 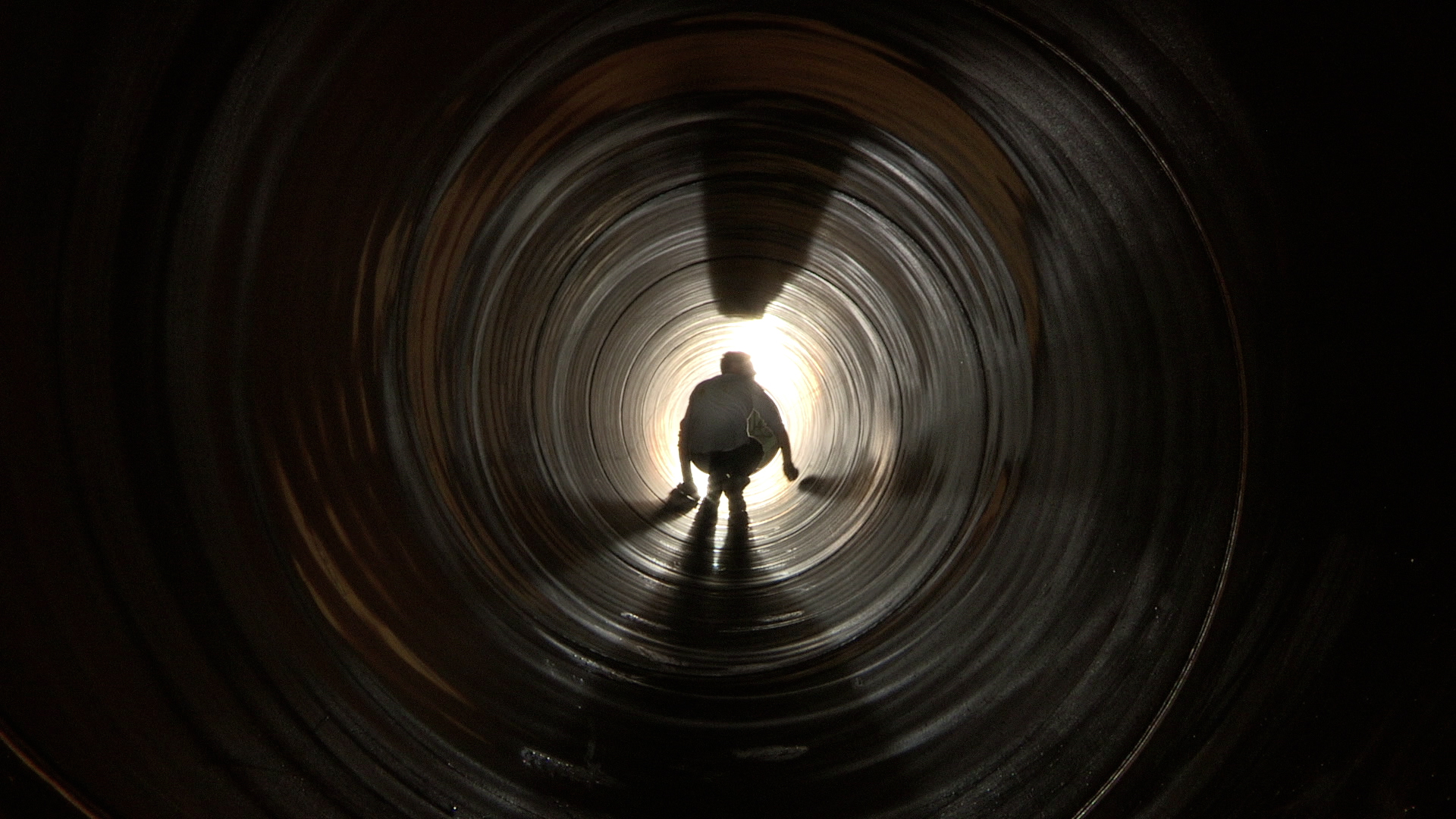